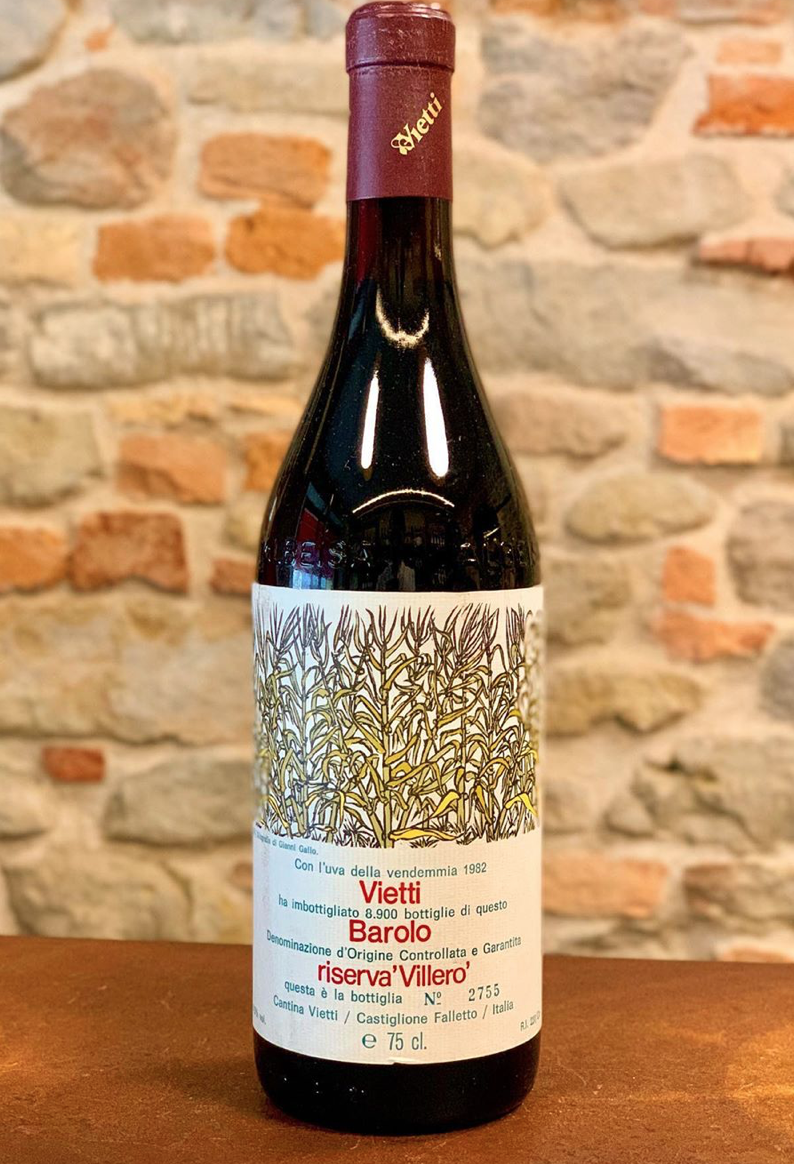 VIETTI BAROLO RISERVA VILLERO 1982
Some of the best Barolo come with an art piece on the label. Vietti started featuring artists in 1974 and these bottles are now almost impossible to find.
In the margin of his label, Gianni wrote this thought brimming with poetry: “For the first time, I find myself wondering how it is that a wine – and so little wine all things considered – can be so deeply-rooted in me. I am surprised to discover that nothing rational comes to mind, only sensations such as running through fields bursting with fleeting, strong smells, colours, explosions amidst seas of yellow grain and green meadows.
And I remember parties, with cakes and the white wine that the children were allowed to taste too”. In 1988, after a long association, he presented Vietti with a designer label. On a piece of pear wood they had received from Japan he drew and engraved a sepia-coloured xylograph portraying – in a style which was very close to those of the Master Engravers of the XVI century (above-all Durer) – an incredible weave of canes, similar to those that often border embankments in the great vineyards of Barolo.
Canes live in symbiosis with the vine, preventing landslides when they grow on the very steep rocky ground above or below the vineyard. In the past, after they had been cut and stripped they used to be used to support the vines, while the leaves were used to tie the vine to the support.