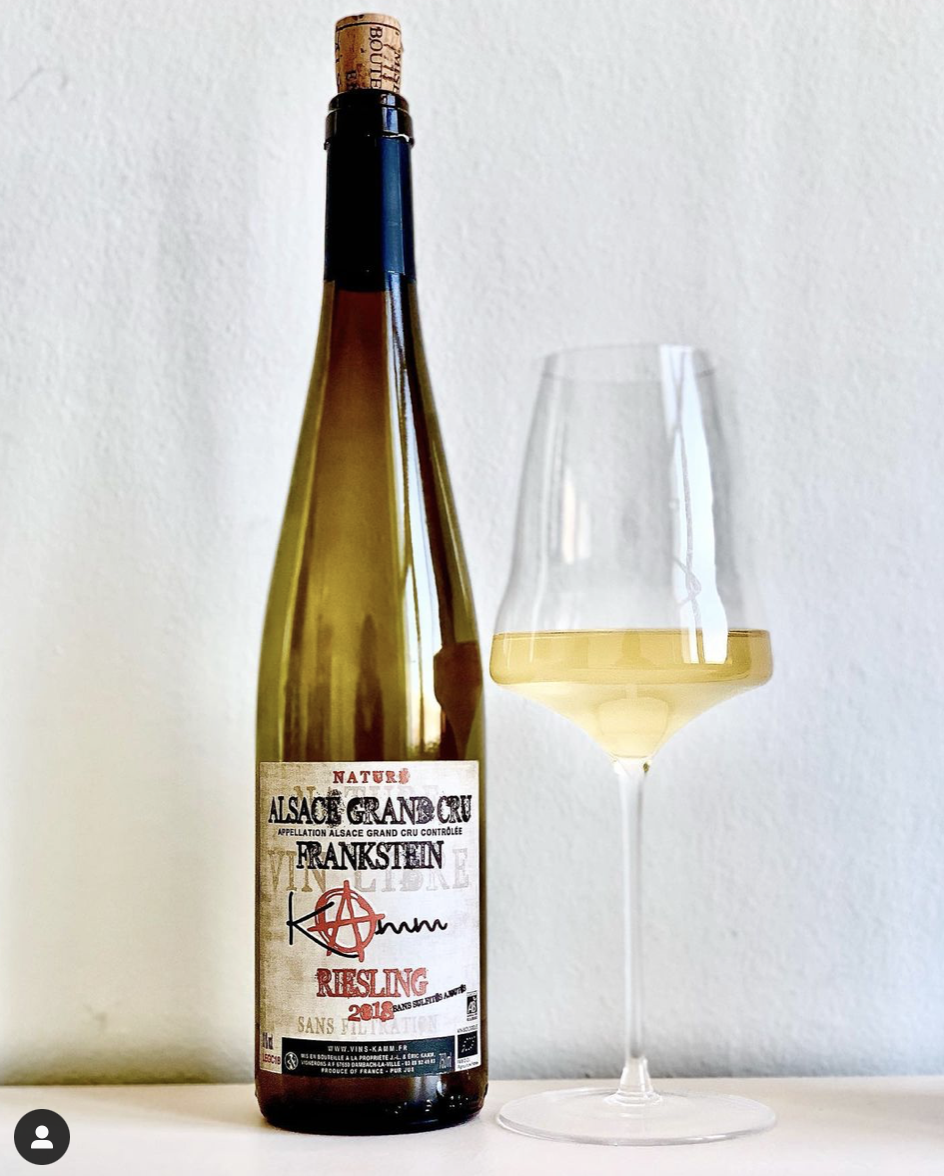 Our buddy Nicola brought us this Grand Cru from Alsace last night, a riesling named Frankstein from Kamm winery.
The Route des Vins d’Alsace is a long strip of French territory, about 110 km long, set between the Rhine river and the Vosges mountains. It’s in close contact with the German border, territory to which it has belonged since the 1870s until 1918, also undergoing the Nazi yoke in the period of the Second World War. The culture of the Alsatian territory is therefore a beautiful “blend” of France and Germany and this richness is also reflected in the character of the wines which show French refinement and Teutonic character.
From the very beginning the Kamm family cultivated organically, taking care and respecting the land, its products and the surrounding environment, without using chemicals or synthetic products in the vineyard.
Despite the first funk notes of which neither of us is particularly a fan of, the wine opened up nicely and showed great expressiveness: graphite, petrol, ginger, to aromatic herbs and a marine feel. Fresh, round, with great persistence and finish.

Not all funks are lost

Give us your favorite funky not so funky wines!